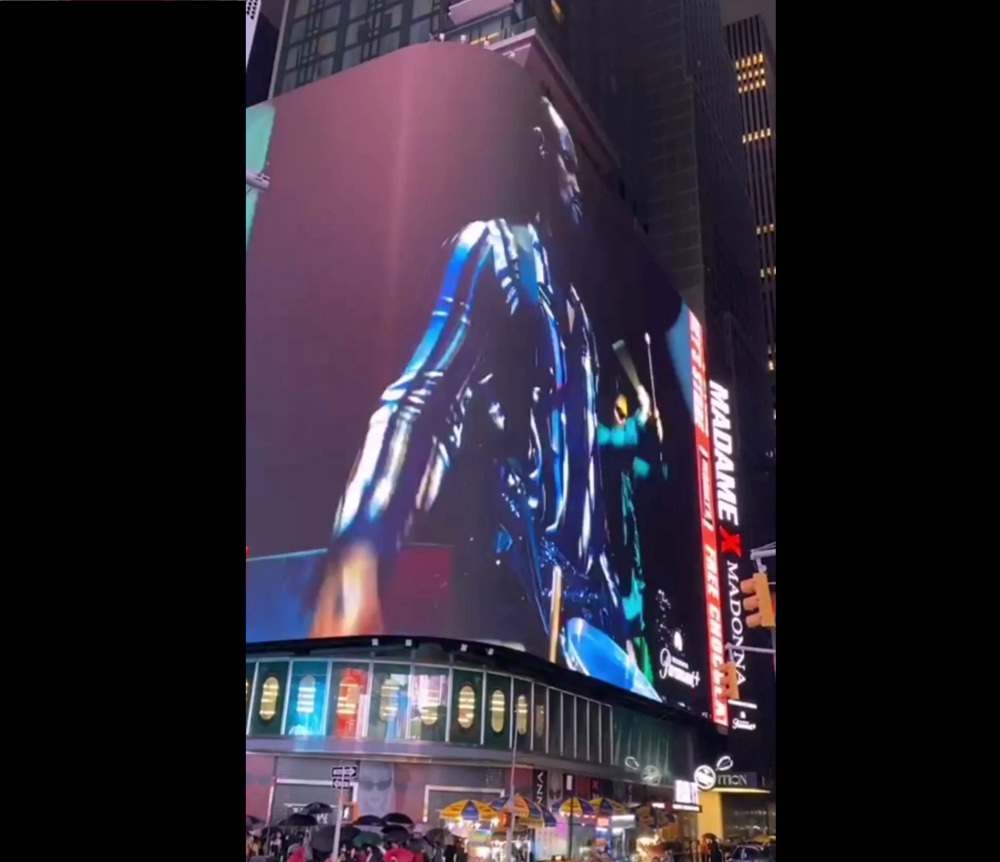 Madonna film premiere – What an amazing feeling to be on a massive screen at Times Square New York!
Especially as part of the mind-blowing production of Madonna’s MadameX tour and now film.

The premiere took place in NYC almost 1.5 years after the final show of the 6 month long theater tour of MadameX. For Miroca the story with Madonna started a decade earlier, during his 11 years with Cesaria Evora.

So mark your calendars and keep that remote control ready to pause songs the many moments and highlights with Miroca on a multitude of percussion instruments, guitar and various costumes, especially in Human Nature, Extreme Occident, Medellin, Come Alive, plus of course Batuka and the Lisbon scene of Sodade.

MadameX will be available on Paramount+ and MTV from 8 Oct 2021.

From early 2019 his participation in Madonna’s projects kicked in to high gear: including his contribution to her ‘The World of MadameX’ documentary, appearing in the ‘Medellin’ music video ft. Maluma, performing live at the Billboard Music Awards in Las Vegas, intens 2 month rehearsals in NY leading to the MadameX tour and now followed be MadameX the movie!