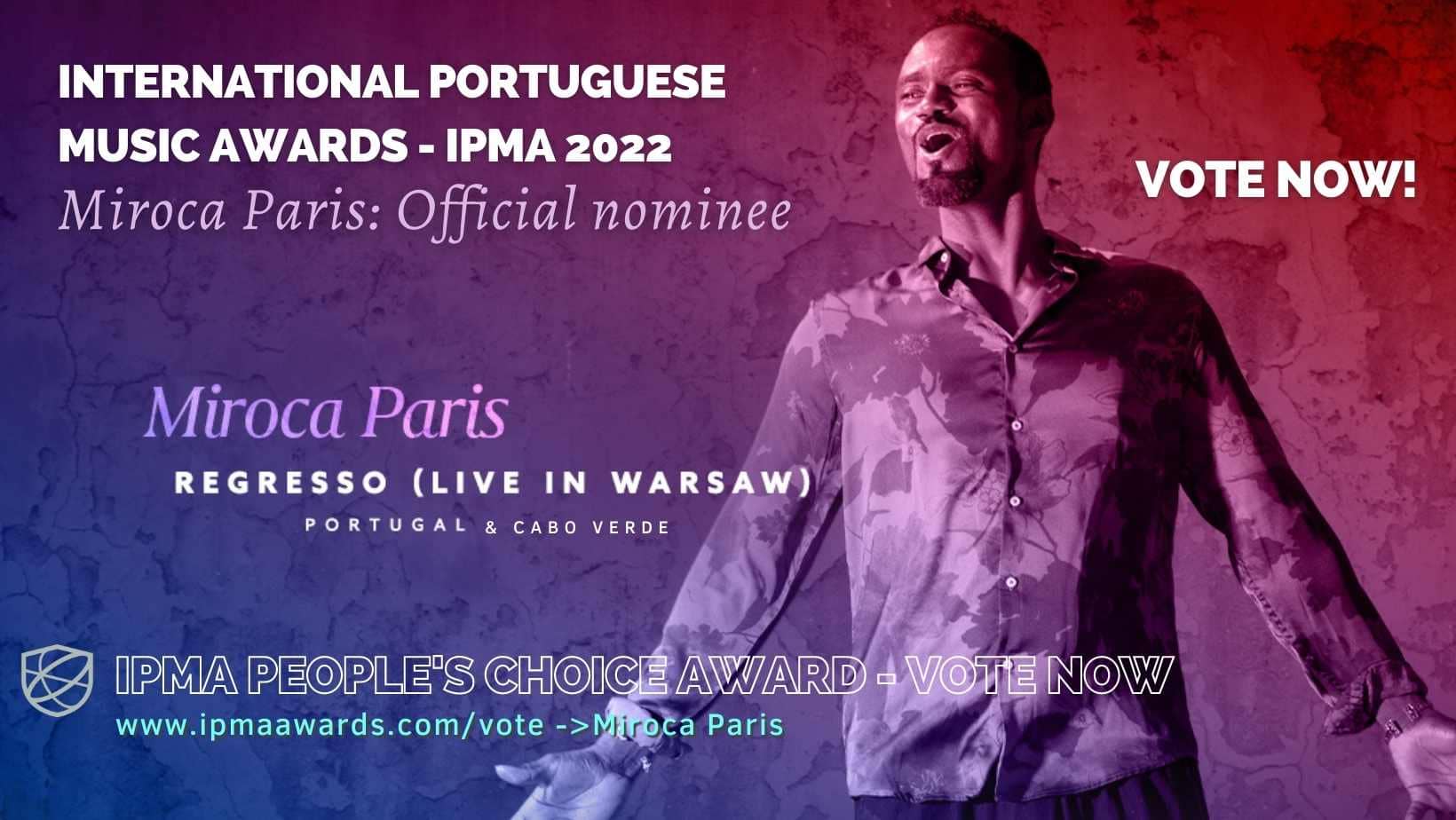 27 Feb 2022 – Miroca Paris has officially been nominated for the International Portuguese Music Awards 2022!

Miroca’s latest album ‘Miroca Paris live in Warsaw‘ has received a nomination n the category World Music for the song ‘Regresso (Live in Warsaw)! In addition the song is part of the People’s Choice Awards for which you can vote now (every 6 hours).

After not being able to perform because of the pandemic, it was a treat to tour again in the summer of 2021. Miroca performed throughout Poland and recorded one of his shows. Not only did he want to share that special energie with an audience far beyond the concert hall, he also wanted to share the evolution of his songs since the studio album D’Alma (2017).
There’s nothing quite like a live concert, but a great recording comes close.

This April Miroca returns to the USA to attend the IPMA Awards in Providence RI.
It’ll be over 2 years since he was Stateside, then touring with Madonna, before travel was restricted. Miroca:
“I have so many memories from the US. From the first time I went there as still a young boy, the crazy tours with Cesaria from the Hollywood Bowl to opening for Sting. It’s great to return to New England and connect with so many Cabo Verdeans, Portuguese and Lusophone music lovers! “

Remember to vote for Regresso by Miroca Paris: https://ipmaawards.com/vote
Get your (signed) copy of LIVE IN WARSAW today or gift it to a loved one! Click here